Come fly with me? Last week, while watching the thriller „Non-Stop“ starring Liam Neeson as Air Marshal on a flight to London, I thought of my next holidays. As someone who never liked traveling by plane that much, I thought it a great idea to step out of the comfort zone.

I can’t remember the numerous short flights (in comparison to long distance flights) I had in the past, and in 2013 on my way home from Edinburgh Airport while there was some time left before I could go on board I had the rare opportunity to take some pictures of the Spitfire Memorial to members of the 603 (City of Edinburgh) Squadron at Edinburgh Airport. 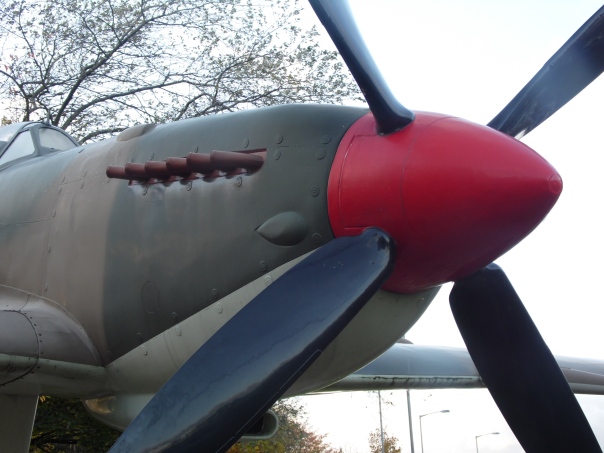 The aircraft in the video hidden behind the picture is not a spitfire but a Douglas DC-3 airplane; and I must admit that I envy the Corrs a little bit being given the chance to arrive in it at a remote air strip. Last year I had the opportunity to get a spin in a Jaguar, now I hope that one day to be a passenger in such a plane. That would leave me absolutely breathless.

Reclaiming the Art of Living on the Earth

Music site of an 80's child